Vermeers Hat: The seventeenth century and the dawn of the global world


In this critical darling Vermeer's captivating and enigmatic paintings become windows that reveal how daily life and thought-from Delft to Beijing--were transformed in the 17th century, when the world first became global. A Vermeer painting shows a military officer in a Dutch sitting room, talking to a laughing girl. In another canvas, fruit spills from a blue-and-white porcelain bowl. Familiar images that captivate us with their beauty--but as Timothy Brook shows us, these intimate pictures actually give us a remarkable view of an expanding world.

Vermeer’s hat: the seventeenth century and the dawn of the global world

The officer's dashing hat is made of beaver fur from North America, and it was beaver pelts from America that financed the voyages of explorers seeking routes to China-prized for the porcelains so often shown in Dutch paintings of this time, including Vermeer's. In this dazzling history, Timothy Brook uses Vermeer's works, and other contemporary images from Europe, Asia, and the Americas to trace the rapidly growing web of global trade, and the explosive, transforming, and sometimes destructive changes it wrought in the age when globalization really began.

READ (PDF) Vermeer's Hat: The Seventeenth Century and the Dawn of the…

By Anna Bentkowska-Kafel. By Anthony Grafton. By Stephanie Bowry.

Remember me on this computer. Enter the email address you signed up with and we'll email you a reset link. 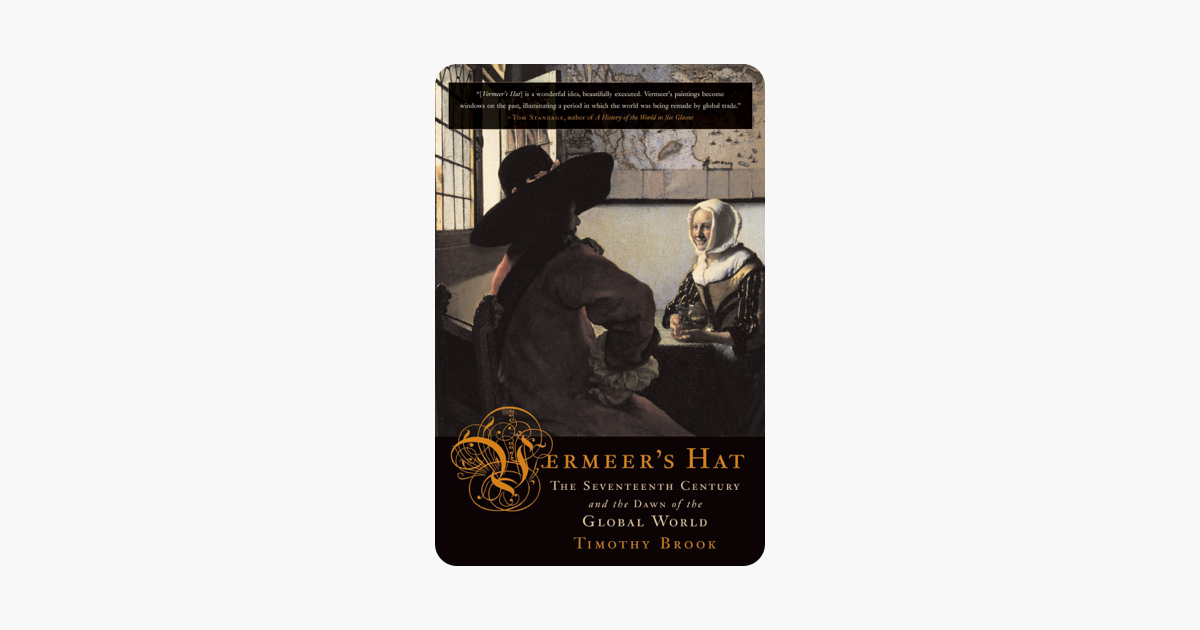 Need an account? Click here to sign up. Based on this story, the author discusses Chinese attitudes and policies toward foreigners during the late Ming dynasty as well as some of their surrounding translocal conditions.

He unfolds topics such as the presence of Jesuit missionaries in the Middle Kingdom, or debates within the Ming bureaucracy about whether to recruit Portuguese gunners against the mounting nomad threats. Chapter 5 focuses on the global spread of tobacco consumption, and with China as his main case study, the author discusses the complex relationship between processes of transculturation and local adaptation.

The following part focuses on silver as another globally traded commodity and pays special attention to its mining in the New World as well as its flows into the Chinese economy. Based on these dynamics, Brook skillfully relates allegedly separate stories, for instance the fates of Chinese workers in Manila or the dismal conditions in the mines of Peru, to each other.

The world through the work of a Dutch master

Yet the author also investigates other important sides of the trans-Pacific silver trade such as the role of public and private agents, or the impact of the closing of Japan on commodity flows and, as a consequence, on regional economies. The seventh chapter recounts the stories of single, mainly European travelers, merchants, and missionaries to distant lands. Particularly the introductory and the final parts of the book contain some more general theses about the worldwide interconnections of the seventeenth century.

But also here the author does not aim at broad and inclusive global historical interpretations of that time period. For example, Brook briefly suggests that the seventeenth century was for a large part an age of second contacts, in which an increasing number of people were becoming familiar with different world regions and distant languages.

Yet he does so largely without touching upon problem zones Project MUSE promotes the creation and dissemination of essential humanities and social science resources through collaboration with libraries, publishers, and scholars worldwide.

Forged from a partnership between a university press and a library, Project MUSE is a trusted part of the academic and scholarly community it serves.